Below is a direct quote from Planned Parenthood's website:


"Family planning clinics (!), like your local Planned Parenthood Health(!) center have trained staff who can talk with you.""Beware of so-called "crisis pregnancy centers." These are fake clinics run by people who are anti-abortion."

Planned Parenthood abhors pro-life crisis pregnancy programs such as Catholic Health Services "One-Call." CHS refers mothers in crisis to what planned parenthood falsely refers to as "fake clinics" & resources. These resources assist mothers and babies before, during & post pregnancy via: 1 (855)301-4CHS.
From Chsli.org website:"Services are given both to uphold the unborn baby's right to life and help sustain mother and baby following birth."Planned Parenthood visits local high schools giving "health talks" encouraging minor children to become sexually active. They steer the children away from programs such as "fake" CHS One-Touch, and towards contraception and abortion centered "health care."   No pro-life programs are offered or presented  - the only information offered is that which comes from Planned Parenthood. Parents may keep their child home when PP gives a talk, but must be pro-active in inquiring when the talks will take place.
PARENTS!!! PLEASE, for the sake of your children, be pro-active and VIGILANT!
at 8:18 PM No comments:


Irondale, AL (EWTN) – EWTN, the Web’s largest Catholic content producer, announces the launch of a newly optimized, mobile friendly, thoroughly modern website, which allows viewers to easily access all of EWTN’s content across multiple platforms. Come see what the excitement is about at www.ewtn.com. 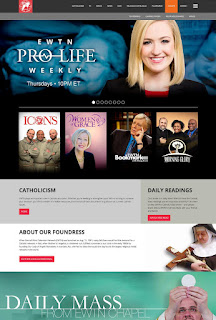 Content such as EWTN’s On Demand platform, links to daily homilies, EWTN news, live show topics and guest information, a library of more than 15,000 Church documents and catechetical resources, as well as current and historical Vatican news articles compiled over the past 20 years can be easily accessed with just one click – and that’s just the beginning.

Want to know more about EWTN’s famous foundress, the late Mother Angelica, or to pray the rosary with her? Want to hear the day’s daily Mass readings and an inspirational homily, listen live to EWTN television or radio, or catch up on the latest news from a Catholic perspective? It’s all there in one place.

In addition, rotating banners showcase the Network’s newest programs, special events, mini-series, documentaries, news programs and more. Viewers can also learn about how to join EWTN’s evangelization efforts via a link to our Media Missionary mini-site, or about job openings at the Network in our Employment section.

Now it’s easier than ever to join the millions of viewers who visit www.ewtn.com every day to find out what’s happening at the Network and around the world.

EWTN Global Catholic Network, in its 38th year, is the largest religious media network in the world. EWTN’s 11 global TV channels are broadcast in multiple languages 24 hours a day, seven days a week to over 300 million television households in more than 145 countries and territories. EWTN platforms also include radio services transmitted through SIRIUS/XM, iHeart Radio, and over 500 domestic and international AM & FM radio affiliates; a worldwide shortwave radio service; one of the largest Catholic websites in the U.S.; electronic and print news services, including Catholic News Agency, “The National Catholic Register” newspaper, and several global news wire services; as well as EWTN Publishing, its book publishing division.
at 11:44 AM No comments:

"I am pro-life, I believe that all human life is sacred,
and that human life begins at conception."
-Andrew Bremberg, Newly Appointed U.N. Representative in Geneva
Despite Planned Parenthood furiously rallying against POTUS' nominee for the past year, Andrew Bremberg has finally been confirmed as U.S. Representative to the United Nations and other International organizations in Geneva, Switzerland.

The October appointment is a monumental pro-life victory. The Faithful Catholic is currently serving as Assistant to the President and Director of the Domestic Policy Council under President Donald Trump.

From Marjorie Dannenfelser of the National Pro-Life Advocacy group, Susan B. Anthony List:

“Andrew Bremberg is a strong advocate for the cornerstone of human rights, the right to life, and will stand up to the international abortion lobby at the U.N." Dannenfelser also stated: "President Trump and his administration have worked hard from day one to stop U.S. exportation of abortion on demand, and restore respect for life as a foundational American principle both at home and abroad. The President chose well in nominating him to represent the United States and advance lifesaving policies."

According to LIVE ACTION NEWS Planned Parenthood has released a new sex book for adolescents titled:
“In case you’re curious: Questions about sex from young people with answers from the experts.” The abortion giant has dedicated the book to “the next generation, the youth of today."

The book contains nine chapters.
The questions, topics and illustrations are so graphic as to be pornographic, and are too vulgar to be mentioned here. Genders are referred to anatomically, and gender dysphoria is encouraged.

Further, the abortion giant attempts to redefine virginity, stating, "The term “virgin” means different things to different people… it is up to each person to define what virginity means for themselves," AN ABSOLUTE FALSEHOOD orchestrated to confuse and compel minors to have illicit and depraved sexual activity. The book also encourages abortion, portraying the heinous act as "normal."

To ensure that they will continue to turn major profits, Planned Parenthood encourages impressionable young minors to become sexually active - then promotes abortion- adding to the already vast wealth of this evil, bloody empire.

Parents, please continue to monitor your child's curriculum and all reading materials so they do not become blood money statistics!
Please, pray for the children, protect their precious innocence, and pray for the end of abortion.
at 6:14 PM No comments:

IRONDALE, Ala., July 23, 2018 /PRNewswire/ — (EWTN) – He was so brave during the First World War that he ran countless times into “no man’s land” to drag fellow soldiers to safety. He was so devout that he would arise early to swim and pray in an icy lake, yet he was “such a jovial character” that everyone wanted to hang out with him. 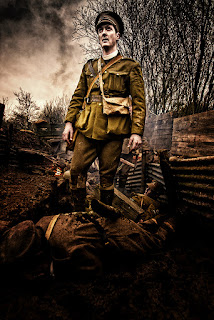 He was Father Willie Doyle, and he was an Irish Catholic Jesuit, who enlisted as a Chaplain in the British Army in 1915 because he wanted to be on the battlefield with soldiers when they most needed a priest. Learn all about his amazing life, including his “Bravery Under Fire,” when EWTN’s newest docudrama premieres at 10 p.m. ET, Sunday, Aug. 12. (Encores air at 3:30 p.m. ET, Thursday, Aug. 16; 9 a.m. ET, Saturday, Aug. 18; and 1:30 p.m. ET, Sunday, Aug. 19.)
While Father Willie’s early life sets the stage, his story really comes to life after the outbreak of the First World War when the 42-year-old priest joined the British Army, 16th Irish Division, as a Catholic Chaplain.
“All denominations loved him,” said Director/Producer Campbell Miller. “They knew no matter what happened, even if they were out in no man’s land and left for dead, Father Willie would come for them. He didn’t just come once. He came multiple times a day. He would drag that soldier back if injured or, if they weren’t going to make it, he would lie down beside them and give them the last rites.”
Miller said all the soldiers wanted to be in Father Willie’s dugout because it appeared to them that no one who fought near him was killed. However, that changed in August 1917. Father Willie went out on the battlefield to rescue two men, and was caught in a mortar attack.
Says Miller, “Father Willie wanted to give the men that passed away a dignified Christian burial. It feels very odd that this could not be awarded to him because they never actually found his body. He was blown to bits.”
This might seem like a sad ending, but Miller says no one who looks at Father Willie’s life 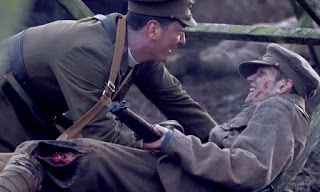 “I would have wanted to hang out with Father Willie,” he said. “Here was a man who gave up his life for his friends. You see that there was no fear. You see, in his limited time on earth, the respect people had for him and the impact he had on so many people while he was alive — and even afterward from the pamphlets he wrote. “Shall I Become a Priest?”, one of his pamphlets, brought many to the priesthood. When you see what he accomplished, you can’t help but get inspired.”
Father Willie’s cause for canonization, which was put forward in 1943, has languished. Miller says, “My hope for this film is that it will cause people to again look at his cause for canonization.”
EWTN Global Catholic Network, in its 37th year, is the largest religious media network in the world. EWTN’s 11 TV channels are broadcast in multiple languages 24 hours a day, seven days a week to over 275 million television households in more than 145 countries and territories. EWTN platforms also include radio services transmitted through SIRIUS/XM, iHeart Radio, and over 500 domestic and international AM & FM radio affiliates; a worldwide shortwave radio service; the largest Catholic website in the U.S.; electronic and print news services, including Catholic News Agency, “The National Catholic Register” newspaper, and several global news wire services; as well as EWTN Publishing, its book publishing division.
at 9:16 PM No comments: 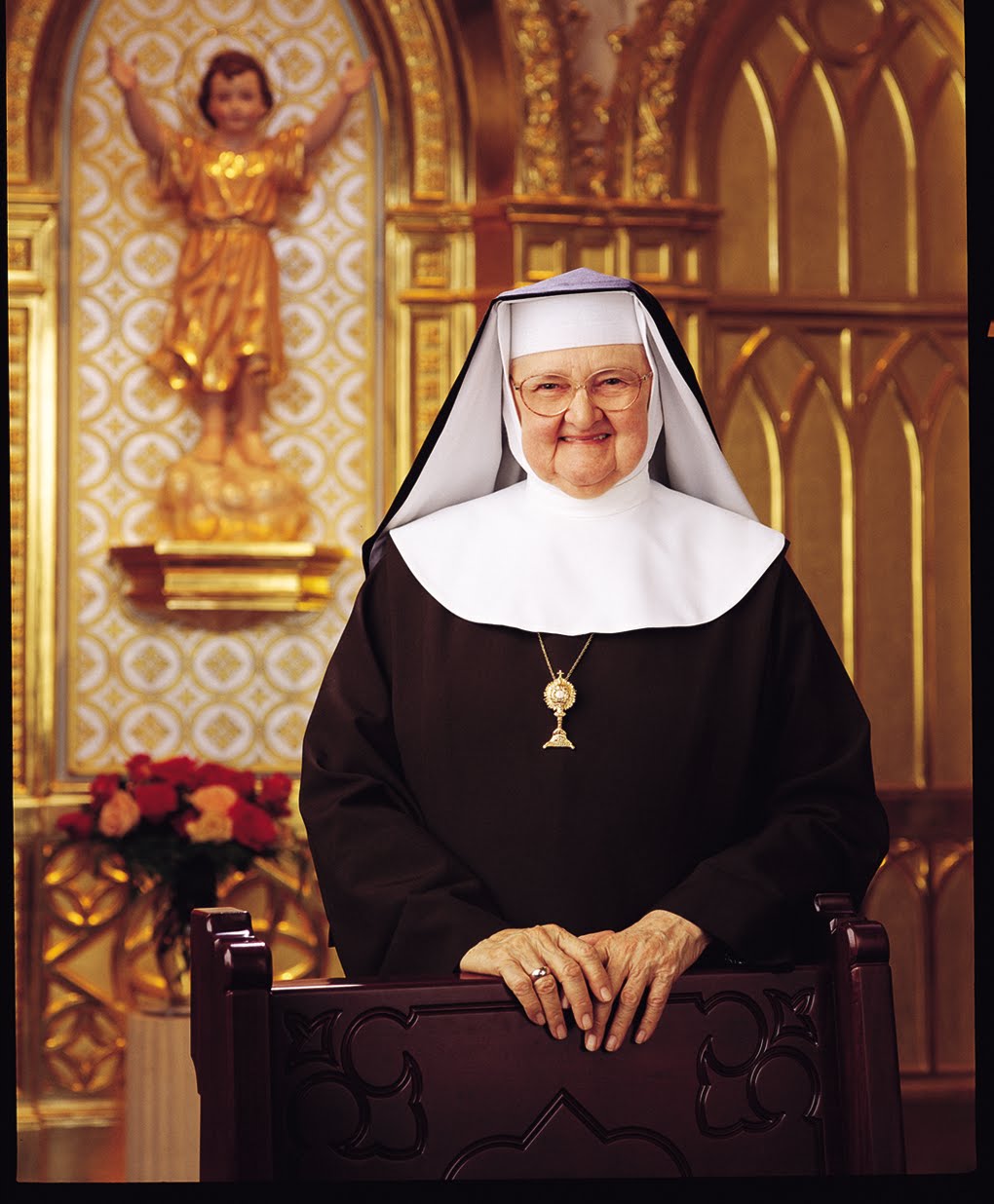